Our expertise and experience

Home / The High School Program / Our expertise and experience

Every year since 2003, United Netherlands has sent a delegation of about 30 students to two of the biggest Model United Nations simulations in the world: OxiMUN (Oxford) and HNMUN (Harvard). These delegations of United Netherlands have won many awards, such as ‘Best International Delegation‘, ‘Best International Delegation’ & ‘Best Large Delegation‘, and ‘Outstanding Delegation‘. Each year, many individual awards are won by separate delegates such as ‘Best Delegate’.

United Netherlands is very proud of these achievements but does not lose sight of the mission we have stated. To bring young people together and to challenge them, we aim to share our experiences and help others to make their voices heard. The High School Program is one of the activities in which we realize our goal. The program brings experienced students from our delegations in contact with your students as they will be their trainers in their journey towards their own MUN-experience. 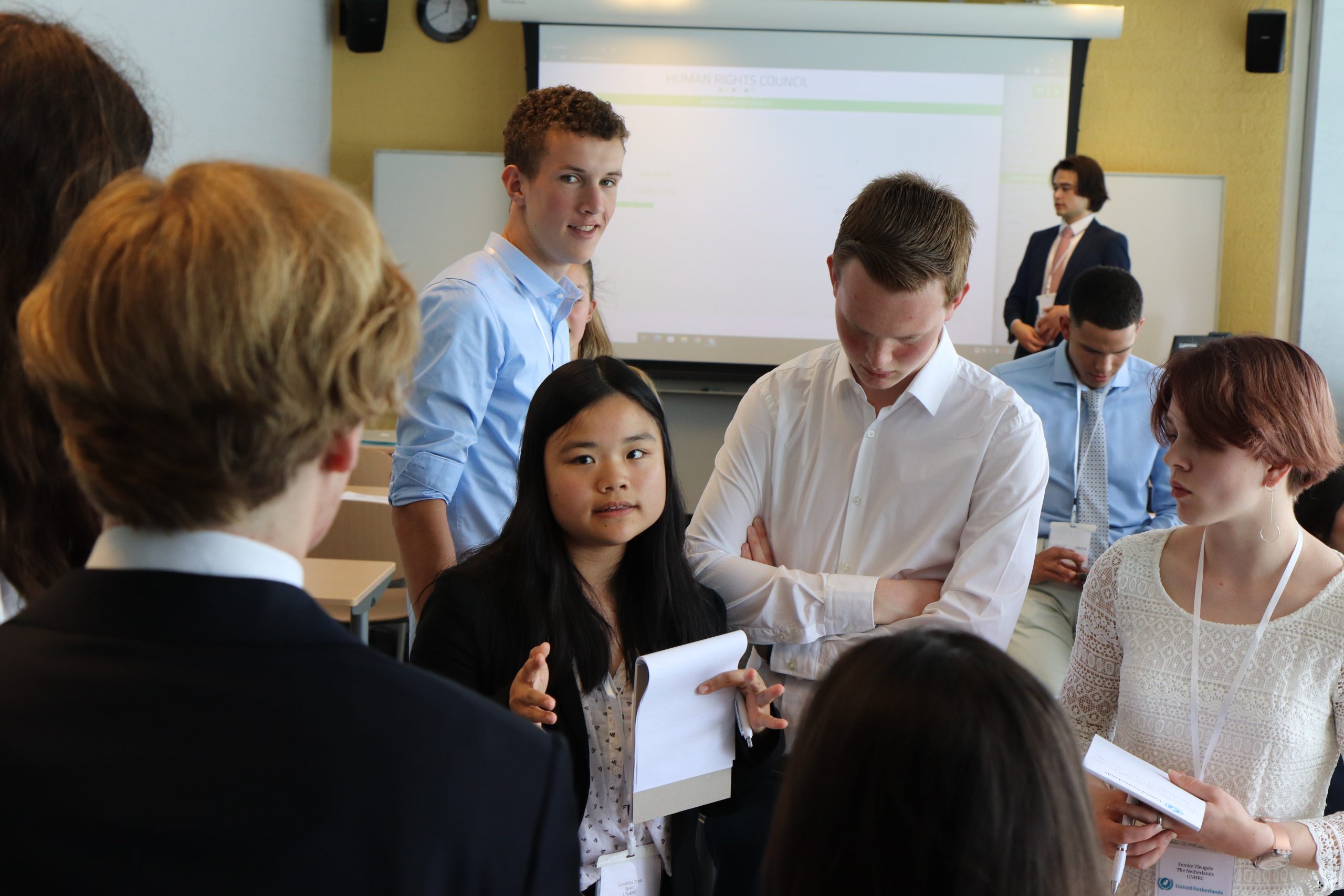 United Netherlands stands for quality in their programs and their products. Our board and trainers are young, ambitious, and professional students that are involved with our programs such as the High School Program. Our trainers will make sure the program is fun and accessible, without taking the challenge out. Our experience over the last years has been that the enthusiasm of the trainers is contagious, and that students and trainers find the High School Program challenging, fun and a valuable experience.